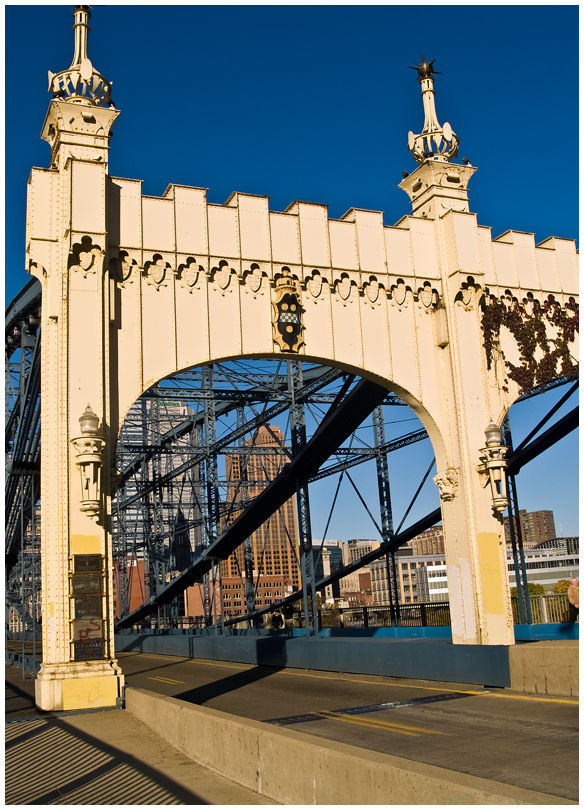 The Smithfield Street Bridge is a lenticular truss bridge crossing the Monongahela River in Pittsburgh.

Very nice, the sky makes great contrast in the background. Thanks for the history.

What an incredibly sharp image. So many angles and lines. Fabulous. Well done!