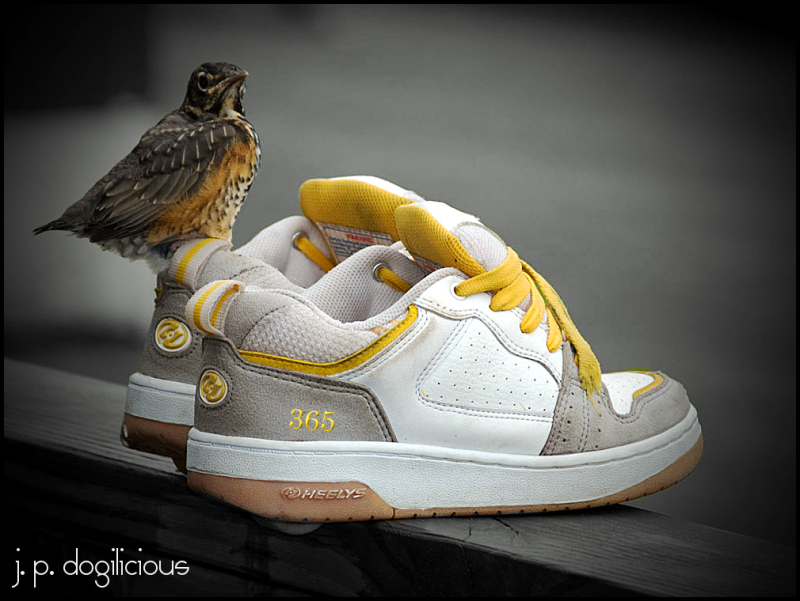 This whole anniversary thing has me confused. I'm saying that today is my 365th consecutive post - one year worth of posts. Not really an anniversary because my 1st post was 7/10/2008.

To "celebrate" I reworked my first post - "Cooperative Robin."

I have learned a lot over the past 365 days from looking at different Am3ers. Some I have followed for a long time and some more recently. Some have found me and others I have found. Some have joined me on Twitter and/or Facebook and we have a big old social networking thing going on. Thanks to all of you.

anyway, it has been a great year and I hope to continue daily posts until I get to at least 500.

Congrats Bro! I have learned so much from you and your photos. Hopefully, after vacation, I will upload my best shots.

What a great shot,brilliant(although he doen´t look much like the Robins we have here,no red breast !!)

Congratulations Jeff, I always admired this shot of yours.

Great shot, Jeff. However, I think the little tweeter should try on a smaller pair.

Congratulations! And a great shot!

Congrats! This is an amazing image! Crystal clear, great colors and I love the DoF! First time to your site and I like what I see! :-)

@Laurie: Thank you. I'm glad you enjoyed it.

Congratulations! This image is wonderful.

How'd you get those shoes to walk under that bird?

This is simply awesome! I love it!

Now that is too sweet! Congrats on 365! Keep going!

I'm late to your party - been vacationing in Oregon - but wanted to stop in and say congrats on your 365! Nice capture! Cute bird!